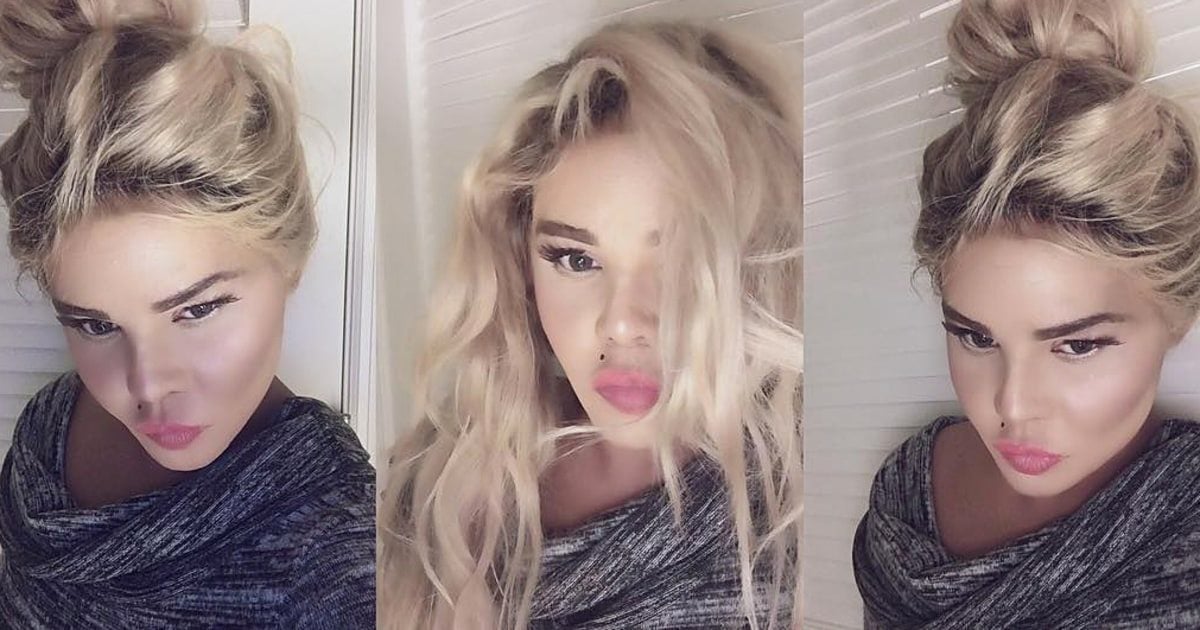 LIL KIM MOST EXTREME MAKE-OVER YET!

Lil Kim is the Queen Regent of Hip Hop, aptly crowned the Queen Bee. When it comes to females in hip hop, she didn’t just set the bar. she is the bar. She came into hip hop with a bang and lit up the 90’s with her bold, raw and luscious original flavor. She remains bold and (arguably) luscious, but her originality went down the drain. Oh sorry, we’re not talking about her music anymore. She broke the internet at the same time with Beyonce’s new Album Lemonade and got a lot of mixed reviews.

Lil Kim has had so many facial reconstructive surgeries, it’s become a bit (that’s an understatement) difficult to find any points of similarity between Lil Kim from the jukebox generation to Lil Kim from the Instagram generation.

Just have a look at the following pictures for comparison. Forget relation, these two women aren’t even from the same geographical location. What you see is a beautiful black woman who has stripped herself raw! Lil Kim is now somewhat of a chimera. She’s a black woman with light (read white) skin, blonde hair and slanted eyes unique to Asians. Ever since she lost Notorious BIG to Faith Evans (ostensibly because Faith had lighter skin), she’s been completely off her rocker. Here’s an excerpt of how she explains it: I have low self-esteem and I always have. Guys always cheated on me with women who were European-looking. You know, the long-hair type. Really beautiful women that left me thinking, “How am I going to compete with that?”

Looks like Becky with the good hair started with Lil Kim before haunting the hell out of Beyonce NSFW lustful pic leaked. In all seriousness though, it’s a shame what Lil Kim has put herself through. There’s plenty of blame to go around but one thing we can all agree on is that Lil Kim needs a new psychiatrist. Her current one is obviously not up to the task at hand.